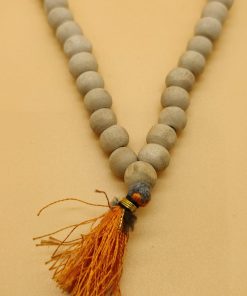 Tulsi wood mala is a beautiful thing to possess and wear. Tulsi is regarded as best for worshipping lord Vishnu, Ram, and Krishna. Energized Original Tulsi Mala. The Tulsi Mala can be worn around the neck for spiritual and physical healings as the touch of Tulsi wood rejuvenates the mind. The malas made of tulsi wood are considered very suitable for meditation. Height of Mala : 36cm Beads size: 8mm

Traditionally a mala—which means “garland”—has 108 beads strung together and one “guru bead,” which is larger than the rest. The guru bead is used as a place marker for the fingers to feel for the end or the beginning of the necklace for meditation or mantra chanting. Sometimes there are special or different shaped beads placed after every 27th bead to make it easier to keep track of the mantra. You’ll often also find bracelets and decorative necklaces with 54 or 27 beads, half and a quarter of the 108 respectively. Nowadays, malas are made out of a variety of materials including wood, seeds, stones, pearls, and crystals.

Malas are often used as decorations, jewelry, or during seated meditation. These beautiful necklaces often hold special significance for the wearer based on where they got it, why they chose the stones, and the energy resonance they feel with the beads. A common way to use the mala is to track a “japa,” or mantra meditation. The repetitive recitation of a single sound, such as “om,” a few words, such as “om mani padme hum,” or a longer mantra, such as the Gayatri Mantra, can be calming and transformative. Whether you’re chanting out loud, whispering, or repeating a phrase silently, tracing the beads of the mala with your fingers can help you keep track of the japa. “Japa” translates to “muttering” in Sanskrit. Similar to praying with rosary beads, meditating with a japa mala has been shown to help slow respiration and encourage well-being. Repeating your mantra redirects the mind from daily obsessions and introduces positive thought patterns. Similar devices have been used for generations in a variety of spiritual traditions including:

Meditation positively affects the brain and mood and practitioners report feeling relaxed, having better focused attention, and enhanced self-awareness. Consider the pose Malasana, commonly cued as “Yogi Squat.” The yogi squats and brings the hands to the heart, representing a single bead on the mala necklace, the yogi is small, individual, and unique. Just like each of the beads that are intimately connected to all the others through the string of the mala, the yogi is intimately connected to all other beings. This is the reminder of this pose: though individually we are special, together we are stronger.

Try practicing a japa mantra meditation, setting an intention and allowing the beads to be a grounding element as you follow them while reciting your words:

The best meditation mantras ever 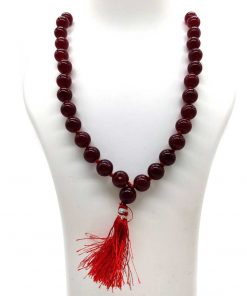 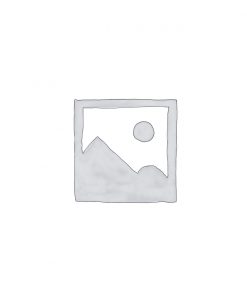 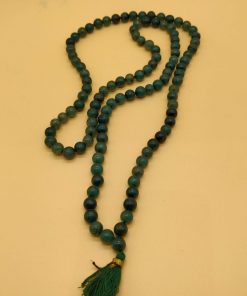 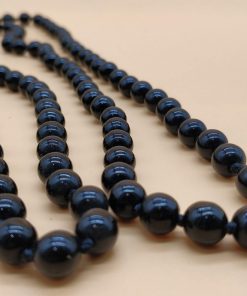 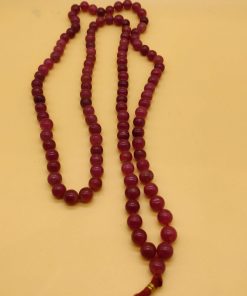