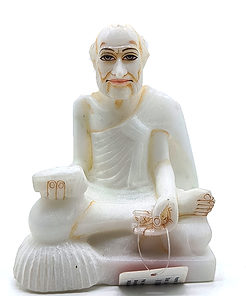 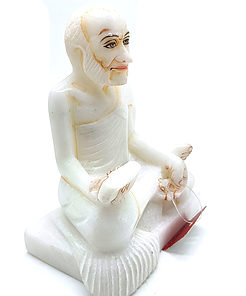 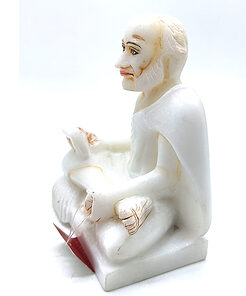 He was initiated as a Jain Yati (a Jain monk who stays in the same place) by Hemavijay at Udaipur on Vaishakh Shukla 5 Vikram Samvat 1904 (in 1848 CE) and given a new name, Ratnavijay. He was the first yati initiated in the 19th century. Later his name was changed to Rajendrasuri upon his elevation to acharya rank.

He studied under Pramodsuri and Jain yati monk Sagarchand. Dharanendrasuri, impressed by his scholarship, appointed him as his daftari. Ratnavijay was disappointed with the luxurious life of Dharanendrasuri and left him in 1864 AD. Later he became the leader of Tapa Gaccha.

He led a movement in 1880 to reform yati tradition at Jaora, resulting in near extinction of it. He opposed the luxurious life of the Jain yatis, contradictory to Jain principles of non-possession and non-violence. He issued a nine-point manifesto known as Nav-kalama. He explained nine principles to reform Jain yati tradition. His manifesto was accepted after some initial opposition. Many leading yati and monks gave up their luxurious life and started following Jain principles. He established Agama or Samakit Gaccha, later known as Tristutik Gaccha.

He restored and reconstructed some Jain temples and consecrated 1023 icons of Tirthnakaras. He visited Rajsthan and Malwa where he delivered religious discourses in Malwi, Marwari languages. He also opposed worship of other gods and goddesses over the worship of Tirthnakaras.