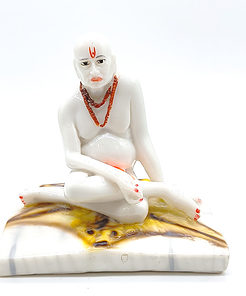 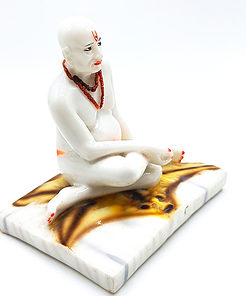 Shri Swami Samarth, also known as Swami of Akkalkot, was an Indian spiritual master of the Dattatreya Tradition. He is a widely known spiritual figure in various Indian states including Maharashtra and Karnataka. He lived during the nineteenth century.

Shri Swami Samarth traveled all across the Indian subcontinent and eventually set his abode at Akkalkot, a village in present-day Maharashtra. He is thought to have initially arrived at Akkalkot on a Wednesday, during either September or October in 1856. He resided at Akkalkot for close to 22 years.

His parentage and origins remain obscure. According to legend, once when a disciple asked Swami a question about his birth, Swami responded that he had originated from a banyan tree (vata-vriksha in Marathi). On another occasion, Swami had said that his earlier name was Nrusimha Bhan