Skip to content
Filter
4 %
DISCOUNT
Save ₹50.00
Add to wishlist 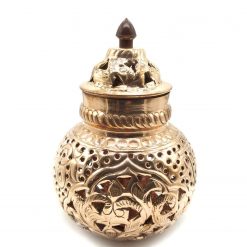 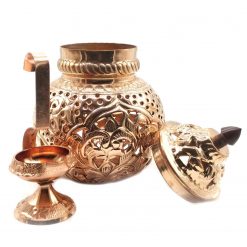 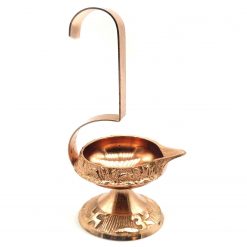 Garba kalash consists of copper/earthen lamps (Diyas) lit with ghee, which are placed on copper/earthen pots (Kalash), covered with copper/earthen lid. The deep (fire) burns continuously for nine days and nights of Navaratri, symbolizing the divine presence of mother goddess on earth during nine days of Navaratri. Surrounding the main temple are many big halls where garba Kalash are lit by the devotees are kept for nine days, which are supervised by volunteers, who keep feeding the lamps with ghee for nine days.
Garba Kalash is important part during Navaratri. The procession of Garba Kalash is taken out on ninth and final day of festival to immerse the Garba Kalash in river or other water bodies. Often an uninturrupted lamp is lit in a copper kalash/ brass kalash / clay pot called Kalash for 9 days. The pot called Kalash also represents the Universe and abundance of virtues. Some devotees sow cereals and grains in a pot in which the seeds start sprouting on the 9th day symbolising fertility.

The Durga Puja is synonymous with Navaratri, wherein goddess Durga battles and emerges victorious over the buffalo demon to help restore Dharma. In the northern and western states, the festival is synonymous with “Rama Lila” and Dussehra that celebrates the battle and victory of god Rama over the demon king Ravana. In all cases, the common theme is the battle and victory of Good over Evil based on a regionally famous epic or legend such as the Ramayana or the Devi Mahatmya. During these 9 days devotees worship the Goddess Durga in her 9 forms and on the 10th day Hindus celebrate Dushehra or Vijayadashmi. The significance of the festival reaches far beyond the colourful costumes, singing and dancing. The Mother Goddess Durga the absolute creative energy of the Universe is worshipped resolutely in her various forms and is known by slightly different names in various regions. The rituals too differ from State to State. The nine days are also a major crop season cultural event, such as competitive design and staging of pandals, a family visit to these pandals and the public celebration of classical and folk dances of Hindu culture. On the final day, called the Vijayadashami or Dussehra, the statues are either immersed in a water body such as river and ocean, or alternatively the statue symbolizing the evil is burnt with fireworks marking evil’s destruction. The festival also starts the preparation for one of the most important and widely celebrated holidays, Diwali, the festival of lights, which is celebrated twenty days after the Vijayadashami or Dussehra.

Care Instruction: Clean with a pitambari powder / soapy water and let it set dry, do not use steel wool or wire mesh for cleaning. 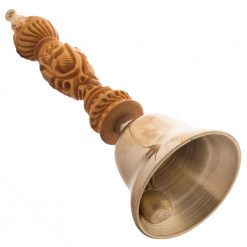 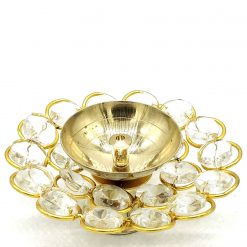 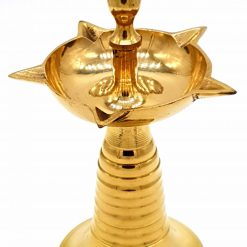 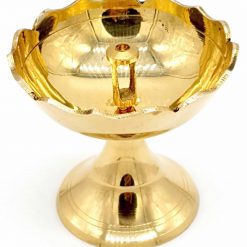 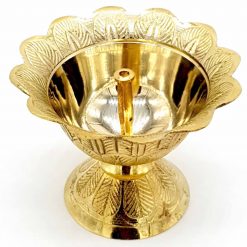 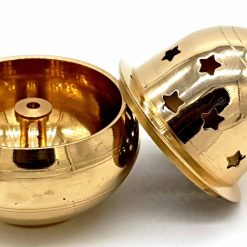 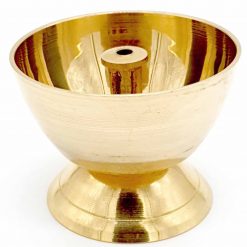