Lord Shiva has always fascinated his followers by his unique appearance: he has three eyes, has ash smeared all over his body, has snakes coiled up around himself, wears tiger and elephant skin, leads a wild life in cremation grounds far removed from social pretenses, and is known for his proverbial anger…Shiva or  Siva is one of the most important gods in the Hinduism and, along with Brahma and Vishnu iis considered a member of the holy trinity (trimurti) A complex character, he may represent goodness, benevolence and serve as the Protector but he also has a darker side as the leader of evil spirits, ghosts and vampires and as the master of thieves, villains and beggars. He is also associated with Time, and particularly as the destroyer of all things. Nevertheless, Shiva is also associated with creation. The god Shiva is one of the most important figures in the Hindu belief. His name literally means “the auspicious one”, but his most common epithet is “the destroyer”.  He takes on many forms in Hindu scripture and is said to have 1008 names. One of the most common names for him is “Mahadeva”, meaning “great god”. Most commonly, he is seen as one third of the trimurti, the three holiest gods. He is one of the most complex and mysterious gods in the Hindu tradition because of his paradoxical nature. Shiva performs several roles as a Hindu deity. He is the great ascetic, the master of fertility, the master of poison and medicine, and Lord of Cattle. His combined roles are exemplary of a tendency in Hinduism to see complementary qualities in a single ambiguous figure. Lord Shiva, similar to Lord Vishnu, had many avatars. It was Virabhadra, an avatar of Lord Shiva, who disrupted Daksha’s yajna and cut off his head. His Bhairava avatar, also known as Kaal Bhairava, was created to protect the Sati Pind. His Durvasa avatar was famous for his short temper. Khandoba was another avatar of Shiva known in Maharashtrian and Kannada cultures. Finally, Hanuman avatar is known as the eleventh Rudraavtaar of Lord Shiva in the era of Lord Rama! 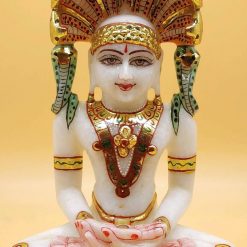 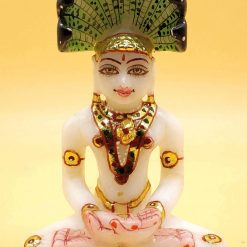 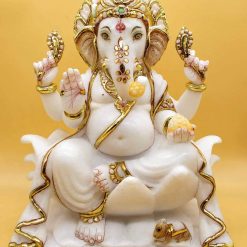