Made up with pure brass from the house of Swayambhu.

Vishnu is the preserver and protector of the universe. His role is to return to the earth in troubled times and restore the balance of good and evil. So far, he has been incarnated nine times, but Hindus believe that he will be reincarnated one last time close to the end of this world.

Vishnu is represented with a human body, often with blue coloured skin and with four arms. His hands always carry four objects in them, representing the things he is responsible for. The objects symbolise many more meanings than are presented here:

According to Hindu mythology, Lord Vishnu is considered to be the protector of the world. He is generally depicted as resting on the king of snakes called Kalswarup Sheshnag.
In scriptures, his posture is mentioned as
‘Shantakaram Bhujagshayanam’ ”शान्ताकारं भुजगशयनं’

This means quiet Vishnu resting on the serpent. Seeing this form of Lord Vishnu, a question pops up in everyone’s mind- How can one be so calm sitting under the king of snakes? And secondly, how did a snake become the bed for Lord Vishnu?

The secret of Lord Vishnu resting on the Sheshnag
‘Shesh’ in Sanskrit means ‘that which remains’ and ‘Naga’ means snake. This reptile symbolises energy in Hinduism. So when these two words: shesha & naga are put together, they mean, that which remains ultimately is Energy or Atman. So the sum total of all the energies this universe is made up of is contained in Sheshanaga. 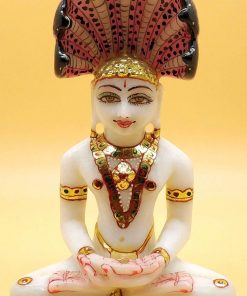 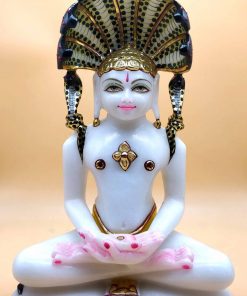 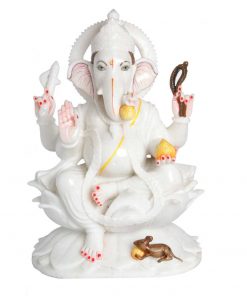 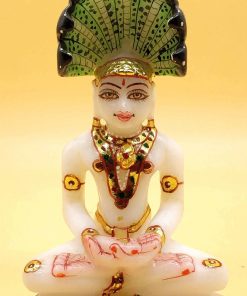